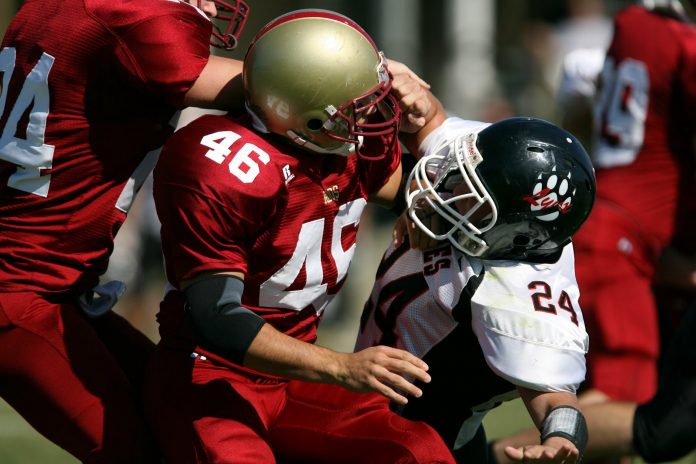 CFS or College Football Season 2020 is making all efforts to ensure that there is an early start. The NCAA is expecting to submit a detailed plan considering all phases of the current season by the end of this month. The games are expected to begin anytime in July. According to the Monday reports of Sports Illustrated, the draft version of the four-phase plan consists of a recommendation. It says that the coaches can start interacting with players for practice from the beginning of July itself.

Activities such as the ones leading to all fall camp practices will be scheduled for the later part of July. All the information was validated by Shane Lyons personally. He is the athletic director at West Virginia as well as the chief of the NCAA Oversight Committee. The plan is being made in a way that all the teams get almost six weeks till August 29 so that they can prepare for the 2020 season. However, the majority of teams will start their interaction and practice sessions a bit late on July 24.

According to Shane Lyons, it is a perfect model that they are trying to put forward soon. He also stressed on the fact that all the recommendations and suggestions are still in the draft stage. The testing process for coronavirus is still very much a conference-by-conference entity. Moreover, there is a huge possibility that coaches on the sideline will have to wear proper facemasks during the games.

All the recommendations of the oversight committee have been handed over with the conferences. They are now waiting for the final feedback before the files are sent to the NCAA Council. The ultimate approval process will start on June 17.

Lyons says that the files are drafted in a way that will boost the beginning of the 2020 season on time. It is important to note that the old-school two-a-days will not at all be considered here. Even though the NCAA had banned it back in 2017, there is still some conflict. According to Brian Hainline, Head Medical Officer of NCAA, the data does not show any kind of negative when it comes to head trauma during any two-a-days.

Shane Lyons added in this context that any kind of extension to the usual season calls for several alterations in the NCAA legislation. The College Football Season 2020 is planned to end on December 5. Following the end of this, the Navy-Army Game season will begin. The NCAA committee is yet to address the problems of fans along with the stands.

To this Lyons says that the situations around are extremely uncertain. Therefore, during such times, it is even more difficult for him to arrange for so many people that could fill all the 60,000 seats of the Milan Puskar Stadium of West Virginia. Further, the attendance restrictions are supposed to be decided by the conferences only. Also, when questioned about the Spring Games, he told everyone not to expect any replacement for the same.

Hank Aaron Died a Natural Death and Not From COVID Vaccine

Athul Ananth - July 14, 2020 1:47 pm EDT 0
About Manchester City ban overturned in Champions League by the Court of Arbitration for Sports (CAS). The club alleges to have serious breaches and corruption....

Virat Kohli closes decade with most runs, hundreds of years, gets,...

How to choose cosmetics for cosplay

Can you sue for wrongful death in a case?

Suing for a Wrongful Death in a Murder Case An individual that murders someone is taken to court for a...