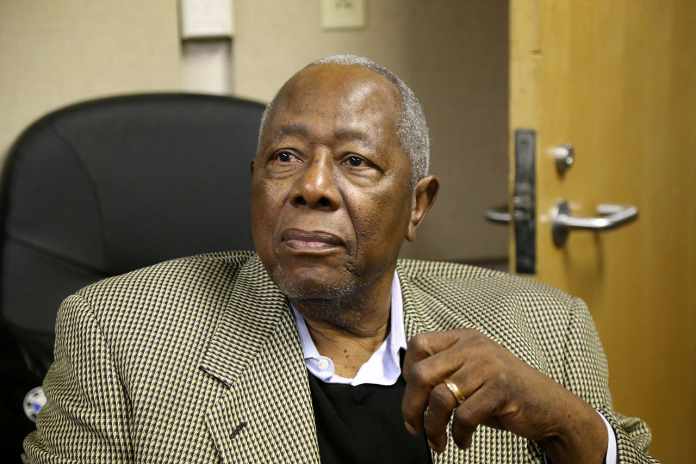 After a long debate regarding the death of Hank Aaron, reports suggest he died naturally and not due to COVID-19 vaccine.

According to PEOPLE, the office of a medical examiner from Fulton County told the investigator that he did not die due to the covid-19 vaccination. The civil rights leader was 83 years old.

The Atlanta Braves mourns on the loss of Hank Aaron

The Atlanta Braves stated that Hank Aaron died in his sleep. The chairman of Braves Terry McGuirk stated that they were in shock as they lost one of their own. He was such a loved player as well as a leading civil rights leader all along. Aaron did so much for the community and the development of black people.

He added that Aaron’s achievements are the result of his remarkable determination and talent only. He was one of the humblest people he had seen. The civil rights leader was a celebrated baseball player worldwide and an icon in baseball circle. He achieved incredible philanthropy and got success in Diamond and his business, particularly in the auto industry.

Hank Aaron took the coronavirus vaccination publicly recently. He put up an immense amount of encouragement to take the vaccine to the African American people. The researchers made sure that the vaccine was safe through a series of clinical trials for many days. Several covid-19 vaccine makers like Moderna and Pfizer signed a commitment of having high moral standards saying the vaccine would be safe and secure.

Aaron said to the Associated Press that he did not have any second thought about taking the covid-19 vaccine. He took pride that he could do such a thing to encourage people. It was the least he could do as what he did to help the people of the country.

Hank Aaron wrote on social media that he took real pride after taking the vaccine at Morehouse School of Medicine. He urged people to opt for the same.

There were many luminaries like Barack Obama, Bill Clinton and George W. Bush who paid tribute to the legacy of legendary Hank Aaron.

Obama said that Aaron was one of the strong personalities and a fantastic baseball player that he had seen. Hank Aaron worked really hard all his life and kept his humbleness all along. He came to the limelight when he ran for the record of Babe Ruth. He got racist remarks with letters and even death threats from people. After many years he read those hateful letters and reminded him to be forgetful.

Barack Obama said that those racists comments in the letters could not stop him. He broke the home run record. Aaron was in the senior position in the management in the major baseball league. He always took every opportunity leadership which came to him. The legend took his African American community ahead as he was one of the community’s first to achieve such high. Aaron kept his leadership legacy when he took the vaccine with wife Billye and other civil rights leaders.

George W. Bush and his wife disheartened over the news of Hank Aaron

George W. Bush who is 74 years old now said that it was a disheartening moment for his wife and him after getting the news of Hank Aaron’s death. The baseball legend did not get his success easily. He had to face racism and poverty from childhood till he found immense success in the field of baseball.

Hank added that hateful remarks never affect Henry Louis Aaron. He was a great husband and a father to his six children. They are surely going to miss him. Mr Bush and his wife extended their condolences to the family and thanked them for his contribution.

Bill Clinton said that the world of baseball lost their one greatest player. The country lost a legendary philanthropist and a role model, and he lost a close friend.

He and Hilary Clinton extend their condolences to his wife Billye and family. Many people gained such happiness for contribution with his baseball bat and social development initiatives. He scored a home run with his life.

Hank Aaron had probably every title during his baseball career. He was the national league MVP and became the champion in 1957. He was also champion for two times in batting in the national league, four-time title for scoring home run and three times winner of Golden Glove. Hank Aaron still holds the record of 25 All-Star games while he represented the Braves.

NBA and ESPN to plan a remote ‘H-O-R-S-E’ competition televised on...

NFL Draft to go on as planned, but without fans/players in...

The two skippers out for Golden Duck in second West Indies...

Order picking carts are an essential part of e-commerce and manufacturing. They are used by various facilities world-wide. In this...