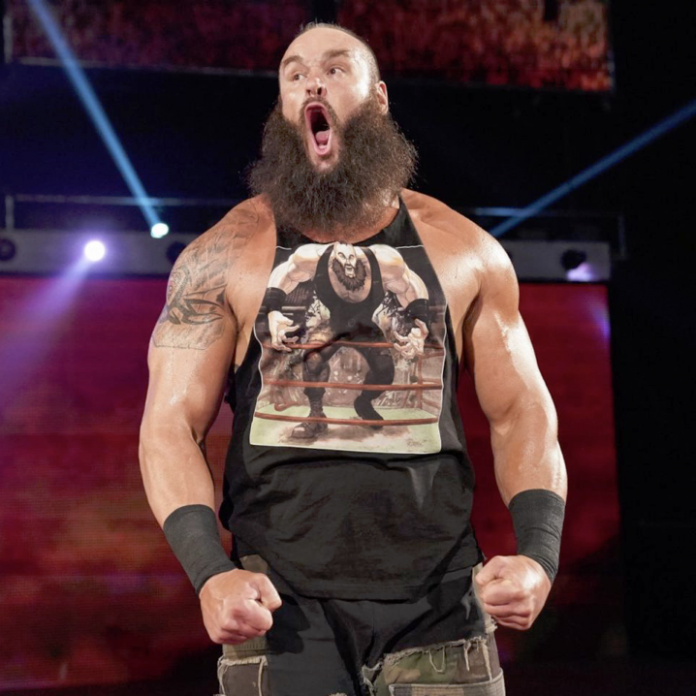 Braun Strowman and Bray Wyatt are the two stars of the Wyatt family from America. WWE’s prominent Braun Strowman had recently won Andre the Giant Memorial Battle Royal in 2019. Bray Wyatt, on the other hand, won the WWE Year-End Award for Male Superstar of the year in the same year. Now, both champions may lead for Universal Champion Title at WWE Money in the Bank of Raw Smackdown. Do you guess who deserves this title? Or, do you think Seth Rollins or Drew Mclntytre stand a chance?

Well! Let’s begin the comparison. However, before that! A brief introduction to Money in the Bank 2020 WWE Championship? When it is happening? Will it be further delayed for obvious reasons?

What is WWE Money in the Bank, Braun Strowman Vs. Bray Wyatt?

In today’s world, the times are gone when people were thrilled for Wrestlemania championships. Nowadays, the craze for the upcoming WWE Money in the Bank 2020 is going around. It is an international annual pay-per-view-based event presented by WWE Network Events together with Raw and Smackdown brand divisions. This event is quite famous for its scripted storylines that generate interesting scenarios for the viewers. Furthermore, the event covers its funding cost via a pay-per-view marketing strategy. To begin with, 2020 Money in the Bank matches are going to be hearth robbing as the high-end champions will stand against each other.

Check out the matches and participants:

At the current date, Money in the Bank matches will be held on 10 May 2020. Earlier, it was supposed to hold on March 30, 2020. But, due to the CoronaVirus COVID-19 pandemic across the globe, Maryland also declared a lockdown. Thus, as the need of the hour demands, the matches were postponed to May 10, 2020. Therefore, stay tuned to witness the real-time fight between Champions who are winning for decades. Now, they will stand against one another in the ring.

Bray Wyatt or Braun Strowman, who will win the WWE Universal Championship?

As the facts depict, both Bray Wyatt and Braun Strowman hold an amazing journey in WWE with many accomplishments. Check out the following reasons why the audience sees Bray Wyatt over Braun as the champion of Money in the Bank 2020.

Roman Reigns Replacement at the Wrestlemania 36

To begin with, Braun Strowman’s first-ever WWE Universal accomplishment has started from replacement. Indeed, the match was originally to take place between Roman and Bray Wyatt. However, Big Dog, as well as The field, pulled out as the CoronaVirus epidemic demanded so, at the time on April 4, 2020. Thus, for this match, Braun Strowman and Bill Goldberg were open for the final match. On 5th April 2020; WWE declared Braun Strowman as the champion of the match on Twitter.

For the most part, since Braun Strowman was simply a replacement. The audience thinks that the earlier match was his lucky charm. On the other hand, if Bray Wyatt wins the Money in the Bank Universal Championship, the respect that Braun Strowman had earned at Wrestlemania 36 will go down into the drain.

The Family Clash and Ego Rises!

As mentioned before, both Bray and Braun come from the same family. Of course, in the past, both of them have defeated their oppositions to ground. But, this time, they will stand against each other. The audience is clearly excited to see who wins. However, if Bray “the Fiend ” wins; his sadistic ego will definitely rise. But, on the other hand, the possibility of Braun Strowman winning is nearly equivalent. Thus, there is a chance that this will lead to a family clash and impact the personal lives of the WWE champions.

Above all, since Braun Strowman has already defeated Bill Goldberg, of course, his WWE power is beyond that of Bray. But, once again, the WWE ring is an unpredictable premise. Twist and turns come by the second.

In conclusion, it is final that Braun Strowman and Bray Wyatt are walking in the ring for the first time in 15 years. This time hopefully there will be no backsies because both champions seem addicted to success and victory irrespective of what goes around the world! To us, these champions bring inspiration for every match.

What are the Latest Indian Dresses Online for Women?

They mean business against Timberwolves the clippers could show.

Prince Garg - February 2, 2020 12:00 am EST 0
Haircuts collide with the moving team of Wolves, which presents a great opportunity to win a statement.Clippers-Timberwolves is not like a marquise game....

Tsitsipas vs Milos Raonic third round preview for Australian open 2020...

Buttler, Stokes and Archer back in the South Africa T20Is Team

How Liverpool will handle two groups in Carabao Cup and Club...

Postmates Promo Code Budgeting & 4 Methods They Can Be Used...