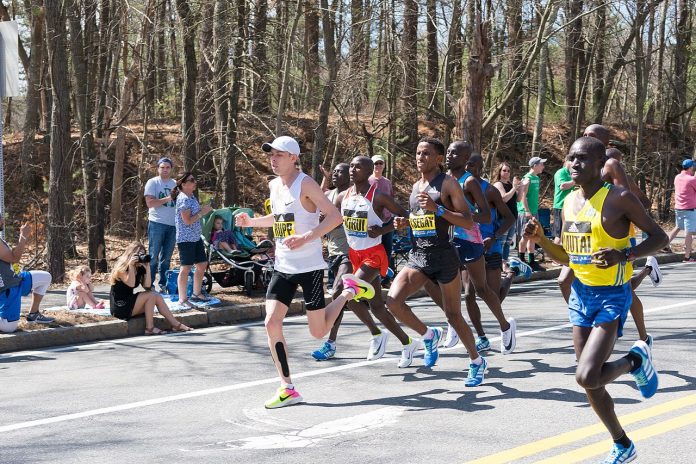 According to the latest news reports, the Boston Marathon has been completely called off for 2020. Earlier, the organizers said that the event will postpone till September. However, they took to the media to announce the latest change in plans. The marathon is going on from 1897. The events have taken place annually in various forms over so many years. The record will break this year finally due to COVID-19, and the effects of the pandemic. The race was scheduled for April 20, in Massachusetts. The event was to mark the occasion of Patriot’s Day in the USA.

Back in March 2020, the BAA (Boston Athletic Association) the organizers of the marathon event delayed it till September 14. Everyone was hoping that the situation will normalize by September, but due to doubts, the event is finally called off. In the past few months, the pandemic situation in the USA has been deteriorating. The death toll is now 100,00-plus in the USA. The stated number of deaths include people who have died directly due to COVID-19.

Unfortunately, Boston has also been listed as one of the hotspots and containment zones of the COVID pandemic. So, the news of the marathon being called-off has not come down as a shock for the people. One of the prime factors for virus transmission is gatherings. On the other hand, the athletes are usually kept together in small quarters near the starting point. Therefore, there is no scope of social distancing in that case. Besides, all the medical personnel of Boston is busy controlling cases in hospitals. Therefore, there is a lack of medical infrastructure for the event as well.

The Plan-B for the Boston marathon

In an interview with the CEO of the Boston Athletic Association (BAA) Tom Grilk, several points of importance came out. He said that the decision of calling off the Boston Marathon was in association with the government. According to the Boston government, the pandemic calls for serious measures such as social distancing and isolation. In the wake of this, the lack of safety and health restrictions is a primary requirement. Therefore, keeping in mind the safety of the athletes, volunteers, and other members, the event needs to be canceled. Grilk additionally said that every person who had made pre-bookings of tickets will be refunded soon. Amidst all the disappointment, there is something that will bring a smile. It is that the BAA has decided to organize a virtual marathon for 2020 to keep the tradition going.

In the planned virtual marathon, the participants will have to complete a 6-hour long marathon. They have to execute the target within September 7-14 and submit proof of the timings. The Boston Athletic Association will then make judgments and decide the winners of the event. The finishers will be awarded race shirts, medals, and other prizes later. We are all hoping that 2021 will be better, and the whole world will again witness the grand event like every year.

Benefits of Functional EMS Training for Your Body

American football: What would a perfect offseason look like for the...

Prince Garg - February 20, 2020 12:00 am EST 0
Since Sean McDermott became head coach, buffalo bills have undergone cultural changes and their motto has been "trusting the process."Fans have seen positive results...